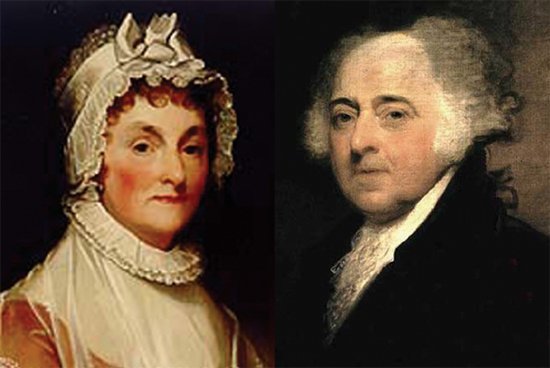 I originally wrote this political article on September 11, 2011. In his senior year at Pepperdine University, my son recently read Thomas Paine’s Common Sense. One of Paine’s phrases struck him; An Island Cannot Rule a Continent.  I remembered this article, referred it to him, and reread it myself.

While originally written during the Obama – Biden administration, it seems like Paine’s admonition may need to be shouted even more strongly as the Biden – Harris administration unfolds.  I humbly present it again for your edification.

Recently, I have been reading “First Family” by Joseph J. Ellis.  This book, based largely on the letters between John and Abigail Adams shared throughout their lifetimes from shortly after their first meeting, through the American Revolution and continuing into their later years, is an excellent reminder of the insidious nature of tyranny and the tendency of good men and women to accept the status quo regardless of its inherent hardships.

In one passage, I was reminded of something originally written by Thomas Paine,  writer of “Common Sense.”  I agree with Mr. Ellis, who states that “Common Sense was arguably one of the most influential pieces of journalism in American history.  Mr. Paine wrote:

"An island cannot rule a continent!"

Paine’s quote brought to my mind a question.  Is this not the insidious tyrannical situation that is causing our inherent hardships today?  Not from Britain’s island, and the isolated Parliament and King George III, noted by Paine, but the island of Washington DC and the isolated professional political class residing in less than the ideal temporary residence there.

At the beginning of the difficulties with England, John and Abigail Adams firmly believed that reconciliation was impossible.  At the beginning of the first continental congress, John knew that their views were in the minority and considered radical by many other delegates.  In his letters to Abigail, it is clear he took the approach to move slowly with patience and tolerance, allowing circumstances to unfold while applying deft and delicate pressure to those who did not share his views.

The dominant view at the early stages of our revolutionary period was that of the moderates, willing to live with the status quo, who viewed England’s transgressions as misguided blunders by disconnected and uninformed policymakers in London Whitehall.  In contrast, John and Abigail, and at the time, a growing group of others saw King George and Parliament’s acts as purposeful subjugation leading to enslavement.

The stark contrast of motives, in the end, became irrelevant as they yielded the same effect on the population of the colonies.  The effects of King George’s punitive actions and the ever-increasing subjugation of England’s colonial prosperity derived the same endpoint.  Quickly, the divide over the motive’s attribution was replaced by the pragmatic need to solve the problems.  In the end, the results, despite the motives, were the same. 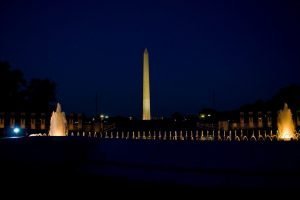 Our nation was founded based on the recognition, as Paine so succinctly put it, that “an island could not rule a continent.”  It was not the motive that drew this conclusion. but the pragmatic recognition that disconnected, misinformed leadership – not tied to the lot and life of their constituents – could not govern but, in the end, could only enslave.

Adams, and the rest of the founding fathers, created Washington DC – not as a state – but as an island, an independent locus for our national seat of government, giving no advantage to any state.  They felt this island could rule this continent because its leaders would be part-time citizen statesmen, fully connected by family and livelihood to their communities and constituents, not as professional inhabitants of this particular island.

Today, few will argue that our full-time professional political class has evolved to a growing, often disconnected, uninformed ruling class.  Their fortunes are no longer tied to their successful relationships and local community businesses.  Their current business model is based on votes tied to personal gains.  Increasingly, this full-time professional political class is now often exempted from the rules and laws they so freely and prolifically propagate on the rest of us.

John and his wife often wrote that it was not the government that would affect the necessary changes but a united people.  Perhaps, like John and Abigail, we are again at destiny’s doorstep.  Maybe we should review the founding fathers’ original decisions and once again revise the controls on our government and elected leaders.  It is incumbent on all of us to find the changes necessary to ensure America’s promise again.

Perhaps it is time for us to remind ourselves and our leadership that:

"An island cannot rule a continent!"​