It is incredible, that such a small word can reflect so much of what we are wrestling with today! During the recent debates and congressional committee meetings working on ObamaCare, the “Us” vs. “Them” attitude that was displayed kept bringing me back to this simple word and the realization that we had seemingly, for a country founded on tolerance, lost our way.
In an attempt to reinforce what I thought were the lessons drilled into me by my father regarding the meaning of tolerance and our fundamental obligation to extend tolerance so we can get such in return, I went to reading—reading things like the writings of Thomas Paine, Thomas Jefferson, and others of our founding fathers. I wanted to see if the teaching of my father and my often flawed memory or interpretation of them were accurate. Lo and behold, and seemingly for once in my life, they were.
But Houston, we have a problem! If these are accurate understandings of the meaning, and if my father was correct that the act of tolerance is likely the single most crucial ingredient of our country’s success and our primary obligation as a people, then what the heck happened? How have we moved to the point where intolerance is the only thing we tolerate today? How have we gotten to the point that anything that could possibly offend anyone else is something that becomes prohibited? This is, in fact, the textbook definition of intolerance! To tolerate something, one must not like it in the first place. 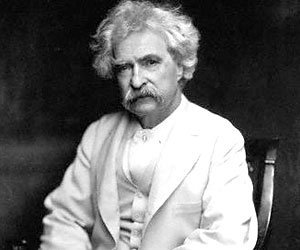 To exercise tolerance, you must object to the action of another – morally, ethically, religiously, what have you – and still allow the other party, or parties, to continue their expression or action. As I have studied this more over the past few months, I began reading the recently released Autobiography of Mark Twain, Volume 1, from the University of California Press. In this excellent read, I found an interesting observation from Mr. Twain, dictated to his scribe on January 24, 1906, in a section called, The Character of Man.

“All the talk about tolerance, in anything or anywhere, is plainly a gentle lie. It does not exist. It is in no man’s heart; but unconsciously and by moss-grown inherited habit, drivels and slobbers from all men’s lips. Intolerance is everything for one’s own self, and nothing for the other person.
The main-spring of man’s nature is just that – selfishness. Let us skip the other lies, for brevity’s sake. to consider them would prove nothing, except that man is what he is – loving, towards his own, – his family, his friends, – and otherwise the buzzing, busy, trivial, enemy of his race – who tarries his little day, does his little dirt, commends himself to God, and then goes out into the darkness, to return no more, and send no messages back – selfish even in death.”

Now I am not sure who is correct… Clearly, from reading the words of our founding fathers, they felt it was imperative for America to be successful both in succession from England and as a future nation. We needed to become one people, not a nation of singularities – not singularities of religions, singularities of cultures, or singularities of language or behaviors. We had to all become Americans and develop an American identity – first and foremost. Thomas Paine was one of the enlisted people to help establish this identity. But by 1906, a relative drop in the bucket of time, Mark Twain was already observed, to his dismay, that man had again reverted.
So where are we today, really? We face many issues and problems of historic proportions – in American terms and timescale. Can we defeat the current obstacles, most of our own creation, if we don’t again become a nation united as one? I am not advocating an abandonment of cultural, racial, or religious identity! I am just asking, can we get where we need to go if we don’t again find tolerance?
I would submit, that the problem we have in all of our governmental bodies today – federal, state, and local – is that we have lost our tolerance. Benjamin Franklin said, “…it is thus compromise, on the basis of tolerance for others’ opinions, that lead us to good solutions….” Perhaps we need to revisit this concept – and soon!